The Dead Faith of Some ‘Evangelicals’ 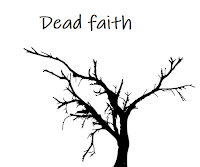 The gospel is constantly being assailed on every side. Catholics tend to err by relying on personal deeds to merit eternal life, while evangelicals are prone to wander to the opposite extreme, excluding good works altogether. They speak of "faith alone" as if good works have no obligatory place in Christianity.

More than 2/3 of the participants in an online poll think that "faith alone" implies that good works are either optional or desirable; only a third consider good works as a necessary aspect of the Christian life.

Catholics rightly expose barren faith as unbiblical, and I would add, it is also contrary to the historic Protestant position. For many modern evangelicals, the motto "faith alone" means something altogether different from what their forefathers understood.

The Protestant Confessions agree unanimously on justification by faith alone; they also insist that Good works are an essential part of the Christian experience. The Confessions are emphatic on this point:
The Confessions are unanimous on the necessity of good works, and more importantly, they are in agreement with the testimony of Scripture, our ultimate authority.

Speaking by the mouth of Zachariah, the Holy Spirit announced the purpose of God's redemption before the birth of the Saviour. God delivers his people that we "might serve Him without fear, in holiness and righteousness before Him all the days of our life" (Luke 1:75). Believers are saved to serve God.

Jesus would not have any unprofitable servants; he disowns and casts them into the outer darkness. Jesus' true disciples are obedient. "If you abide in My word, you are My disciples indeed" (John 8:31); and again, "He who has My commandments and keeps them, it is he who loves Me" (John 14:21).

Many who profess to believe in Christ will be exposed and condemned on the Day of Judgement. Their unfruitful life will bear witness against their dead faith. "I was hungry and you gave Me no food; I was thirsty and you gave Me no drink; I was a stranger and you did not take Me in, naked and you did not clothe Me, sick and in prison and you did not visit Me" (Matthew 25:26-30). Worthless servants will be cast into hell, and undoubtedly many of them would be evangelicals who had relied on a fake version of "faith alone".

Jesus' apostles taught the same truth. Paul says, "For the grace of God that brings salvation has appeared to all men, teaching us that, denying ungodliness and worldly lusts, we should live soberly, righteously, and godly in the present age" (Titus 2:11-14)). Whoever is saved by grace is also taught to say "No" to ungodliness and "Yes" to righteousness. Why? Because Christ died for that very reason: He "gave Himself for us, that He might redeem us from every lawless deed and purify for Himself His own special people, zealous for good works."

But someone might object, "Does not Paul say in Ephesians 2:8, 9 that we are saved by grace through faith and not of works?" Yes indeed he does exclude personal works as the meritorious cause of our salvation, but in the very next verse, Paul presents works as the goal of our salvation. The saved are "created in Christ Jesus for good works, which God prepared beforehand that we should walk in them." They who are not saved "by works" are saved "for good works". God had eternally determined that his children would do good works.

The apostle Peter presses the duty of godly living on all Christians: "As He who called you is holy, you also be holy in all your conduct, because it is written, Be holy, for I am holy" (1 Peter 1:14-16). Unless we pursue holiness, as we are commanded, we will not see the Lord.

James warns against the fatal delusion of merely hearing God's Word without obedience: "Be doers of the word, and not hearers only, deceiving yourselves" (James 1:21, 22). Who knows how many nominal Christians continue to live in sin and sloth, and yet presume to be saved! They have all eternity to regret their folly.

The apostle John puts it succinctly: "He who says, 'I know Him,' and does not keep His commandments, is a liar, and the truth is not in him" (1 John 2:4). Obedience is not optional; obedience is not merely desirable. An unfruitful life unmasks the phoney and worthless "faith" of the spiritually dead.