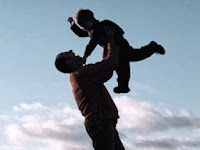 We know that a person is not justified by works of the law but through faith in Jesus Christ, so we also have believed in Christ Jesus, in order to be justified by faith in Christ (Galatians 2:16).

Food provides nourishment to our bodies but it will not actually do us any good until we take it and eat it. Jesus, the living Bread, gives eternal life and forgiveness, but again, we will not experience any of his saving benefits until and unless we believe in him.

Faith requires, first of a all, knowledge of Jesus Christ. The apostle asks, ‘How are they to believe in him of whom they have never heard? And how are they to hear without someone preaching?’ (Romans 10:14). We are not called to believe in just about anything we fancy, but to believe in Jesus Christ, the eternal Son of God, who became man, died for our sins, was buried and resurrected on the third day.

Moreover, faith implies assent, or agreement with the message of the gospel. Many people have heard about Christ but remain unconvinced about the truth of the message. They may know the facts but they do not accept them. On the other hand, those who believe are ‘fully convinced that God was able to do what he had promised’ (Romans 4:21). Since God promises salvation to those who come to Christ, they take God at his word, fully convinced that his word is reliable and true.

Finally faith is expressed in trust, relying and resting on Christ for salvation. Paul reminded the apostle Peter that they were both convinced that a person is justified by faith in Christ – and so, they ‘believed in Christ Jesus’ for their justification. Their knowledge of the gospel, which they evidently believed to be true, led them to actually put their trust in Jesus.

Once my son was playing in his grandfather’s garden. He was a young toddler at that time, eager to discover the world around him – and as any parent knows, that spells danger! To my horror I looked to find that he had climbed on the roof of the shed. The little boy was at the very edge and he could fall down at any moment. Running to his aid, I stood beneath him and said, ‘John, come!’ And he did. He simply jumped off into the safety of my arms.

I don’t know what went through his mind, but evidently he was confident that I was strong enough to catch him and that I would not let him fall to the ground. But perhaps he didn’t think much, he simply trusted me.

That is what we are called to do. Jesus is able to save to the uttermost those who come to God through him. When we hear his voice in the gospel calling us, ‘Come!’ we should jump into his arms with a child-like faith. We should entrust ourselves to him, and he will certainly save us from condemnation and the danger of eternal punishment, for the Scriptures assure us that God is ‘the justifier of the one who has faith in Jesus’ (Romans 3:26).
Email ThisBlogThis!Share to TwitterShare to FacebookShare to Pinterest
Newer Post Older Post Home