Be Merciful to Me 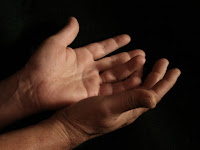 In whom are you trusting for your salvation?

Jesus tells a story about two Jewish men – a Pharisee and a tax-collector (Luke 18:9-14). Both believed in God; one was a religious and moral person; the other had a bad reputation.

Both went to the temple to pray. The Pharisee did not ask God for anything; he stood there bragging about his virtues. The other, painfully gripped by a sense of guilt and unworthiness, begged God for mercy.

Both returned home. The Pharisee remained unchanged, guilty before God and confirmed in his fatal delusion. The publican was now justified, forgiven, free and at peace with God. For, as the Teacher concludes, everyone who exalts himself will be humbled, but the one who humbles himself will be exalted.

The Pharisee was blinded by pride to his own sinfulness. He considered himself a righteous person. He saw no need for mercy. He did not get any. On the other hand, the tax collector humbled himself before God. He asked God to spare him the punishment he deserved. He asked for mercy. And he was not disappointed.

Friend, which one of these two men are you? Do you consider yourself righteous or a sinner? For salvation are you trusting in yourself or in God? Did you every ask him sincerely, “God, be merciful to me, a sinner!”?