The Mother of God 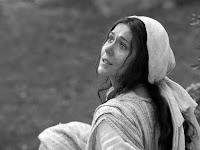 The church rightly calls Mary by the title ‘Mother of God’. The term is rather ambiguous, though, and it can be easily misunderstood. Some Protestants may need a little explanation, whereas some Catholics may benefit from a gentle admonition against its misuse.

The Creed of Chalcedon, A.D. 451, includes the Greek term ‘theotokos’ to define the identity of Christ. ‘Theotokos’ literally means ‘God-bearer’, which is loosely translated into Latin ‘Mater Dei’ - Mother of God. The term was used to underline the fact that the child born of Mary was truly God, and thus to guard against the error that Christ was two persons in one body, rather than one person. This heresy, ‘Nestorianism’, was condemned at the First Council of Ephesus in A.D. 431.

The Creed states, in part, that Christ was “begotten before all ages of the Father according to the Godhead, and in these latter days, for us and for our salvation, born of the Virgin Mary, the Mother of God, according to the Manhood.”

The creed does not teach that Mary is the mother of Christ’s divine nature. As God, Christ has no beginning and no mother. Indeed, the creed explicitly says that he was begotten ‘before all ages’. Moreover, the creed qualifies the meaning of ‘theotokos’ by the phrase ‘according to the Manhood’, or, in another translation, ‘born of Mary the virgin, who is God-bearer in respect of his humanness’. It is only Christ’s human nature that is ascribed to Mary, from whom he was descended and born.

Thankfully Catholics and Evangelicals are united on the doctrine of Christ. We believe that our Lord is a unique Person. He is eternally God; he also became a man. Yet Christ is not two persons, nor is he divided, but he is one Person with two distinct natures, divine and human. Thus it is equally correct to call him both ‘God’ and ‘man’, and for this reason, we do not hesitate to call his mother, the Mother of God.

Sadly some have misused this title to attribute to Mary a role which the Lord never intended. Some Catholics think that Mary has a maternal authority over her Son, and therefore some ask Mary to plead on their behalf with her Son because they are convinced that he will never disobey his mother’s commands.

Amazingly, in his days of humiliation, the Son of God did not only become a babe, but as a child, he submitted himself to the authority of his creatures - his putative father, Joseph, and his mother, Mary. Of course, he is no longer under such parental authority. Even during his earthly public ministry, he was led solely by the Holy Spirit to do the Father’s will. Following the resurrection and ascension, Christ is now seated at the right hand of Majesty, and he has all power over his church and all creation. Mary does not have authority over Jesus; on the contrary, Jesus is Mary’s Lord and Saviour.

Let us, therefore, keep our eyes fixed on Jesus. Let us remember that for our salvation he was born of the blessed virgin mother, and was made human like us, so that he could be nailed to a cross to shed his innocent blood for our redemption. Let us also remember that the man Christ Jesus is none other than the eternal Son of God. He is not inattentive to the cries of his people, nor is he reluctant to save to the uttermost those who come to the Father through him. Let us confidently come to Christ. We ought to trust him with our souls and worship him as our God.

I received replies from several Catholic readers of the Gospel e-Letter saying that I misrepresented the Catholic teaching on Mary when I wrote, 'Mary has a maternal authority over her Son, and therefore some ask Mary to plead on their behalf with her Son because they are convinced that he will never disobey his mother’s commands.'

I refer you to the popular devotion, The Glories of Mary, by St Alphonsus Liguori, to show that this is what some Catholics really believe. Excerpts:
This teaching is erroneous, and I hope that you reject it. On the contrary, I trust that like Mary, you submit yourself to the authority and grace of our Lord Jesus Christ for salvation and life.
Email ThisBlogThis!Share to TwitterShare to FacebookShare to Pinterest
Newer Post Older Post Home