Salvation is a Gift 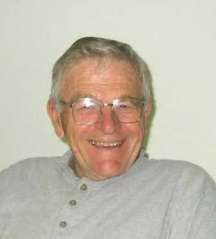 That salvation is a free gift, received through faith in Christ, is very clear from St Paul’s writing in Ephesians 2:8-9: “For by grace are ye saved through faith; and that not of yourselves; it is the gift of God; not of works, lest any man should boast."
This teaching is further underlined in Romans 6:23: “For the wages of sin is death (what man has earned and deserves) but the gift of God is eternal life through Jesus Christ our Lord” (given simply on the basis of love for another).
I would like to share an experience form my childhood that I hope will clarify this teaching.
Once my mother asked me what I wanted for Christmas. I asked for my first two-wheel bicycle. Being one of seven children, and my parents only recently having emigrated to America, my mother reminded me that a bicycle costs a lot of money.
Not being old enough to understand the economics of buying a bicycle, I naturally interpreted my mother’s statement as depending on my behaviour.
In the coming weeks before Christmas, I did my best to be on my very best behaviour.
One morning, coming down to breakfast, my little sister Sylvia, decided to put me to the test. Pretending not to see me, she bumped into me. I chided her for not watching where she was going.
Smiling impishly, she responded: “You’re trying to be good to get that bicycle, aren’t you?” Knowing I hated to be tickled, she ducked behind me and playfully sunk her fingers into my ribs. Jumping up, I shouted at her: “Lay off!” Then coming directly in front of me, she put both thumbs into her ears and flapping her hand she stuck out her tongue at me.
That was the last straw. I reached over and grabbed one of her pigtails and gave her a good yank. As I did, her mouth went wide open like a fire alarm as she cried out, “Maaaa!”
Immediately of course my mother appeared on the scene, asking, “What happened?”
Sylvia cried out: “He pulled my hair!”
I immediately sought to defend myself by reminding my mother how she had provoked me three times.
My mother, placing her hands upon her hips and looking straight at me, said just one word: “Bicycle?”
I immediately responded, “Oh I forgot! Mother, may I take out the garbage? May I wash the dishes?”
Believe it or not, even on Christmas eve when we stood around the piano singing our traditional “Silent Night” before going to receive our gifts, I could hardly resist the temptation to pull Sylvia’s braid who was majestically playing the piano.
When the door to the living room was opened and all the gifts near the Christmas tree were revealed, I spotted the bicycle, I honestly thought it must be for my brother. I certainly haven’t qualified.
Finally, my mother saw me just standing still and asked if I didn’t want to receive my gift of the bicycle. I fairly well blurted out: “But I thought it was for my brother. I didn’t think I was good enough.”
My mother then took me in her arms and gave me a big squeeze and with tears coming down her cheeks, said: “You foolish little boy. We didn’t give you the bicycle because you were good enough, but because we love you.”
* * *
Ray Lentzsch passed away on the 7th of July, 2020. Ray Lentzach visited 217 countries during the 38 years of his adventurous mission journey in spreading the gospel. He was stoned or put in jail several times. Many came to Christ through his ministry. He is now in the joyful presence of the Lord he served so faithfully.
Email ThisBlogThis!Share to TwitterShare to FacebookShare to Pinterest 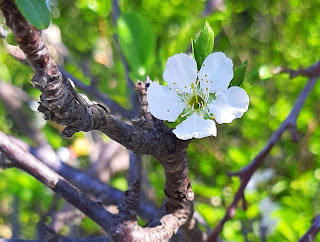 They were three crucial days in the history of humanity.

On Friday, Christ died to pay for the sins of his people.
On Saturday, the dead body of Christ laid buried in a grave.
Early on Sunday morning, the Lord Jesus arose victoriously from the grave.
Within three days Christ obtained the redemption of His people.

This story is the Gospel, the best news ever heard in the world.
Those who trust in Christ, God forgives and leads them until they reach the eternal bliss of his heavenly home.

During those three days, the disciples had various experiences.
On Friday they were confused and ran away.
On Saturday they were sad and anxious.
On Sunday they rejoiced and worshiped the Lord Jesus.

During our pilgrimage on earth, we will have our "Fridays" and "Saturdays" ... but today is Sunday, the day of the resurrection. Let us celebrate with joy and worship our Blessed Saviour, the Lord Jesus Christ.

What can we learn from the coronavirus pandemic? 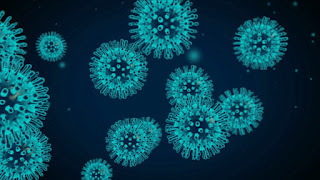 We are living in difficult times. This is also a golden opportunity to take a serious look at our lives and our relationship with God. I ask you please to consider these three aspects: our vulnerability, our priorities, and our mortality.
Read more »
Email ThisBlogThis!Share to TwitterShare to FacebookShare to Pinterest

Rejoice in the Lord Always

God is eternally blessed, and he is pleased to share his happiness with his people. ‘Rejoice in the Lord always, and again I say, rejoice!” (Philippians 4:4). We who belong to him have every reason to be joyful.

We rejoice, first of all, in God’s amazing grace to us, undeserving sinners. He sent his Son Jesus to die in our place to free us from our sin. He called us by the gospel and gave us a new heart. We are now justified by faith and at peace with God. Even more, he has adopted us as his sons and daughters, and we can now call him our Father.
Read more »
Email ThisBlogThis!Share to TwitterShare to FacebookShare to Pinterest

The True Treasure of the Church

One of Martin Luther's 95 theses that he posted to the church door at Wittenberg in 1517, read, “The true treasure of the church is the most holy gospel of the glory and grace of God.”

Yet the church at that time was contented with many other treasures! It had wealth, lands, gold, palaces, statues, rituals, churches and cathedrals. The pope, the cardinals and the clergy enjoyed immense power and prestige. The church had spiritual and temporal dominion over the European continent. At her disposal, the church had the treasury of the merits of Christ, Mary and the Saints, and the authority to distribute indulgences to the faithful in their efforts to obtain salvation and to avoid the horrors of purgatory.

Read more »
Email ThisBlogThis!Share to TwitterShare to FacebookShare to Pinterest

The Dwelling Place of God

Whenever I travel to a European city, whether it is Rome, Paris or Vienna, I make it a point to visit the cathedral and some other churches. Recently I told my son, as we sat quietly together in the pew of a church in Barcelona, gazing at the magnificent architecture, ‘John, whatever else we may think about this place, it is a tribute to the zeal and devotion of Catholic people to God. They built this wonderful church because they believe that Jesus dwells in the place.’

King David expressed similar feelings as he prepared for the building of the Temple in Jerusalem. He said, ‘The house that is to be built for the Lord must be exceedingly magnificent, of fame and glory throughout all lands’ (1 Chronicles 22:5). David loved the Lord and he wanted to honour him by building a beautiful dwelling place for him.