O God, be merciful to me, a sinner 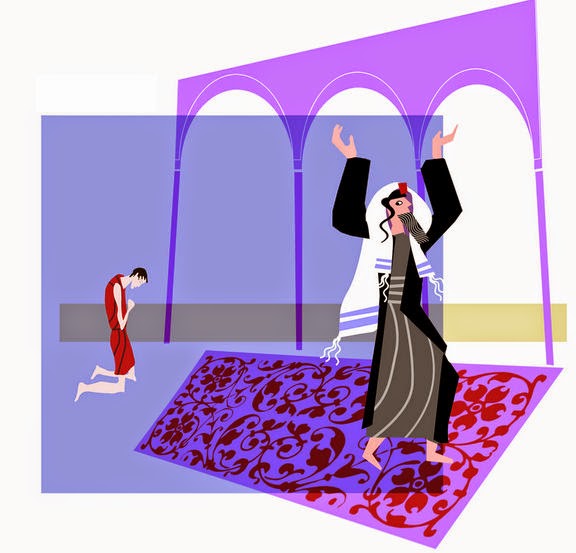 Two men went to the temple to pray. When they returned home one of them was ‘justified’ – right with God – while the other remained as guilty as he was before (even though he thought he was just). We must also ask ourselves, ‘Am I justified? Am I right with God? Or am I deceiving myself?’

Jesus tells the story of the Pharisee and publican (Luke 18:9-14) for two reasons; firstly that we may avoid the trap that many religious people fall into, and secondly that we may find the way that leads to life.

So what was the problem with the Pharisee? He was a religious person, well respected by everyone, he observed the law, he shunned sin, fasted and gave charity. Needless to say all these things are good. Why then did he remain unjustified before God?

Pride was his problem. He came up front in God’s presence bragging about himself while belittling other people. He supposedly went up to pray but in fact  he did not ask God for anything. He did not ask for forgiveness. He did not pray for mercy. He did not need them – or so he thought. He considered himself a good person. He trusted in himself that he was just. But God, who searches the very depth of the heart, knew that he was a guilty sinner. Religion and pride had blinded this man’s eyes to his spiritual plight and kept him from seeking God for justification.

The other man, the tax collector, had a different attitude. He humbled himself. He did not try to hide his sin from God. He stayed at the back and did not even lift up his eyes, but looked downwards in shame, beating on his chest in great remorse.

He prayed, ‘O God, be merciful to me, a sinner.’ This man did not look to himself, or anything he had done, but looked away from himself; he looked upward to heaven, to the God he had offended. He appealed to him who alone could forgive his sins. He confessed that he was a sinner, that he broke God’s law, and therefore he deserved punishment. Yet he appealed to God for mercy and asked him to free him for the guilt and punishment he deserved. God, who is rich in mercy, answered his plea and justified him! God freed him from guilt and received him in his loving arms.

Sin keeps us away from God. But it does not have to be that way. Grief and shame should not prevent us from coming to God with a sorrowful heart. God will forgive us. But there is something else apart from sin that keeps us apart from God. Righteousness! Our personal righteousness can also keep us away from heaven. It is proper to do what is good, but it would be a fatal error to trust in ourselves or our works for justification. Our trust must be wholly in God alone who for Christ’s sake justifies all those who come in repentance and faith in him.

To answer the question, ‘Am I right with God?’ – we need to ask another question: ‘Where am I looking - to myself and my deeds, or away from me, towards God and the work of Christ on the cross?
Email ThisBlogThis!Share to TwitterShare to FacebookShare to Pinterest
Newer Post Older Post Home