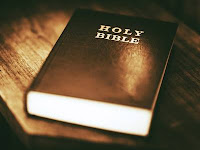 By ourselves, we can never come to a true knowledge of God. Throughout history and in different cultures, people have fashioned a host of gods and diverse religions. Left to our own resources we are helpless and hopelessly lost; we cannot find the true and living God. ‘The world through wisdom did not know God’ (1 Cor 1:21). We can only know God because he was pleased to show himself to us.

God manifested himself in a general way by the works of his hand, that is, the created universe. Thus nobody has a valid excuse; nobody may rightly claim that he didn’t know about God (Rom 1:19). Furthermore, it pleased God to reveal himself to us in a special and personal way. God has spoken and he still speaks to us today through his Word, the Holy Bible.

We will look at the three steps involved in the communication process: revelation, inspiration and illumination.

The activity of God by which he has made himself and his message known is called ‘revelation’.

God intervened in the course of history to reveal himself and his will. He spoke directly to Adam, destroyed the ancient world by the flood in Noah’s time, called Abraham and promised to bless the world through his descendant, redeemed the people of Israel from Egypt, gave them the Law by Moses, established them as a nation, deported the Jews to Babylon for their idolatry, restored them to their land, and repeatedly promised to send the Messiah.

During this long period, God spoke to Israel through his prophets. Moses, Isaiah and the others prophets addressed the people in God’s name: ‘Thus says the Lord!’ The apostle Peter comments, ‘Prophecy never came by the will of man, but holy men of God spoke as they were moved by the Holy Spirit’ (2 Pet 1:21). The miracles they performed testified to the fact that the prophets really were God’s mouthpieces in this world.

God’s revelation reached its pinnacle in the incarnation of his Son, Jesus Christ. God ‘has in these last days spoken to us by His Son’ (Heb 1:2). Christ is the Word of God, God’s perfect image, and the Truth! The apostles were appointed to explain and set down the significance of the person and work of Jesus Christ, especially his death and resurrection, and to lay down the doctrinal foundation of the Christian faith. God confirmed their authority by various miracles and gifts of the Holy Spirit.

God’s revelation has reached its full extent; it is complete and perfect. Christians are exhorted to contend, that is, to strive and struggle for the Faith which has been given once for all (Jude 1:3). We are called to cherish and defend the original Faith and guard against the additions of so-called new ‘revelations’ and human traditions.

We are living long centuries after the prophets, Jesus and his apostles. How then may we come to know what they taught so long ago? It pleased God to record his Word for us in the Scripture (scripture means something written). Moses and Paul are gone, yet their doctrine is still accessible in their writings. Similarly, though Jesus ascended back into heaven, we can still learn what he said and did in the four gospel accounts.

The Bible is not merely a collection of human writings. The Bible has a dual authorship, human and divine. Holy people like Moses, Isaiah, Luke and Matthew wrote the books that make up the Bible. At the same time, the Bible was written by God, because the Holy Spirit guided the human authors, without violating their personalities or literary styles, to write exactly what he wanted. This activity of God’s Spirit upon the human authors that enabled them to write God’s Word is called ‘inspiration’.

Since the Bible is the Word of the all-knowing and faithful God, we can have full confidence in the Bible’s inerrancy (it is free from any mistakes) and infallibility (it cannot lead us astray or deceive us). Moreover, since it is the Word of our Lord, it has absolute authority over the church, and we are obliged to believe and obey it from the heart. What Scripture says and what God says amount to the same thing. Consequently, there cannot be a higher authority than Scripture, as there cannot be a higher authority than God.

Jesus considered the Scriptures as God’s living word to every generation. He said to his contemporaries, ‘But concerning the resurrection of the dead, have you not read what was spoken to you by God?’ (Matt 22:31), and proceeded to quote a portion of Scripture, specifically from the book of Exodus. Though written many centuries before, that scripture was relevant to their situation and useful in their own time. Jesus didn’t tell them, ‘God said to Moses’ (though the words were originally addressed to the prophet), but, ‘God said to you’! Even so, what we read in Scripture is God speaking to us today.

The history of the formation of the canon (that is, the collection of writings acknowledged by the church as the authoritative Word of God) is intertwined with the history of the people of God. The church received the books of the Old Testament from the Jews to whom they were originally committed (Rom 3:2). Our 39 Old Testament books correspond exactly to the 24 books of the Jewish Scriptures, or Tanakh, as it is known. (There are fewer books in the Tanakh because some books in our canon, such as 1 Samuel and 2 Samuel, form one book in the Jewish Scripture.)

Already in the apostolic church, Christians were aware that God was adding new books to the Holy Scriptures (2 Pet 3:16). The gospels and epistles were copied and circulated among the churches. By the middle of the second century, the gospels and most of the epistles were recognized, and by the fourth century, all 27 New Testament books were universally accepted.

We do not possess the original writings, yet we can be confident that God’s Word has been preserved. The scriptures were carefully copied by hand (the handwritten documents are called ‘manuscripts’). Even so, there are variations between different manuscripts (caused mainly by copying errors), but in most part the variations are trivial. Moreover, the original text can be accurately determined by comparing the great number of manuscripts available.
God, who originally inspired the Scriptures, providentially guided his people to acknowledge the canonical books and to transmit them essentially intact to succeeding generations, even to our own time.

The Holy Spirit, the Author of the Bible, illuminates the mind of God’s people to understand his Word. ‘We have received, not the spirit of the world, but the Spirit who is from God, that we might know the things that have been freely given to us by God’ (1 Cor 2:12).

The Bible can be understood. It is not addressed to philosophers and theologians, but to the whole people of God. The letters of Paul, Peter, James and John were addressed to ordinary Christians. ‘I charge you by the Lord that this epistle be read to all the holy brethren,’ ordered the apostle Paul in concluding one of his epistles (1 Thess 5:27). What purpose would it serve to have the epistle read out in the audience of all Christians if it was too difficult to be understood?

On the other hand, the Bible can also be misunderstood. The apostle Peter warns us that there are ‘some things hard to understand’. He also points out that the ‘untaught and unstable people twist to their own destruction’ (2 Pet 3:16). Peter is not discouraging us from studying Scripture; he only warns us against presumption and carelessness.

Like any other written document, the Bible must be interpreted (or explained) according to grammatical rules, the meaning of words, and consideration of context. Yet biblical interpretation is not merely an academic exercise; it is first and foremost a moral and spiritual endeavour. An attitude of reverence and honesty are essential to rightly understand God’s Word. We cannot expect to hear God’s voice if we approach the Bible with the intent of twisting its meaning to suit our lifestyle or to justify our belief system. The Bible becomes our spiritual guide if we are determined to believe it no matter how disagreeable it is to our tastes, and to obey its message even if it costs us our lives.
Email ThisBlogThis!Share to TwitterShare to FacebookShare to Pinterest
Newer Post Older Post Home